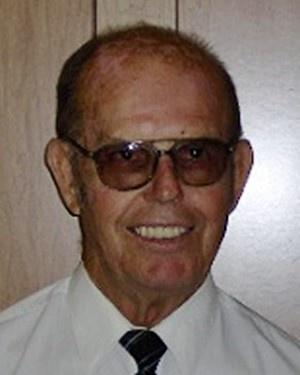 Ray was born in Topeka, Kansas on June 18, 1932, the son of Henry Clay Jackson and Lavonia Esther (Rogers). Ray was the youngest of three children. He attended Seaman High School and Highland Grade School.

Ray was a man of many talents. He loved everything about farming and working with machinery. In his earlier years, Ray took over the farming on the family farm due to his father’s failing health. Working seven days a week, it was a holiday for him when it came to farming.

In November 1951, he married Norma J Mitchell. Together they entered a lifelong journey of commitment, love, and following the Lord. Ray began working with the Shawnee County Road and Bridge Crew in 1952 and retired with 42 years of service. Due to a hearing loss issue, he was unable to join the military and in 1952 he joined the next best service, Civil Defense. With Norma by his side, he served many disasters and civil unrests.

Included in his desire to help his fellow man, Ray volunteered as a fireman for the Soldier Township Fire Department, and for three years served as the Assistant Chief. Dedicated to the care and support of his ailing wife, Ray retired from the fire department after 41 years of service.

Norma preceded him in death July 21, 2010 after sharing 58½ years of marriage. Ray was a family man who dedicated his life to those he loved. He and Norma raised two daughters, Dorinda Maier, of McKinney, Texas, and Verna Jackson of Topeka, Kansas. Later in life, Ray and Norma adopted Nicole Eaton, of Eudora, Kansas. Ray was the father-in-law to Richard A Maier, Larry Mock, and Ben Eaton. Ray’s legacy includes eight grandchildren and fourteen great grandchildren, as well as many “adopted” grands along the way.

Many of the neighbors in the area knew him well as the one who was always available to assist when needed - mowing lawns, cutting trees, clearing brush and anything to help his fellow man. He provided services as the caretaker of the Half Day Cemetery. Ray also filled many additional volunteer roles along the way - Vice President with the Half Day Cemetery Association; Trustee and Sunday School Superintendent with the Elmont United Methodist Church; Recipient of Volunteer of the Year Award in 1981; just to name a few. Ray was a man of God as a lifelong member of the Elmont United Methodist Church and also attending services at the Lighthouse Bible Church.

As Duke of Elmont, he entertained thousands over the years with the Elmont Opry by singing, yodeling, and playing harmonica, and for those times when the crowd needed a laugh, he became Sweet Thang. Ray will be remembered by those that worked with him on the Shawnee County Road and Bridge crew as Big Foot and by many others as friend, but his unconditional love for his fellow man will forever be in the hearts of many. He was also preceded in death by his parents, his brother Verl Jackson, and his sister Vera Gooderl.